4 songs that are all about gold 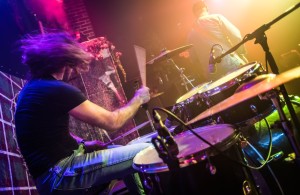 Since the beginning of time, gold has fascinated and inspired humankind.

The ancient Egyptians used gold to create elaborate jewelry and statues, and even buried gold relics with royalty to assist them on their journey through the afterlife. In the Mediterranean, Greek myths told the story of Jason, the Argonauts, and the quest for the golden fleece. The Bible tells the story of Moses, the Israelites, and the golden calf.

Unsurprisingly, our fascination with gold has carried into the 20th Century and beyond. In fact, some of the greatest pop and rock songs ever created were inspired by this very precious metal. Here are four of our gold-inspired favorites.

Midnight Star released The Midas Touch in 1986 as part of their album, Headlines. Though the song never charted on the Billboard 100, it’s gained a place in popular culture thanks to a 2013 cover by British songstress Ellie Goulding. Renowned electronic duo, Boards of Canada, also created a remix in the early 90s’ under the moniker Hells Interface.

Stevie Nicks’ haunting vocals and Mick Fleetwood’s driving drum beats are enough to place this track in the rock n’ roll hall of fame, but we’re here because of the reference to gold. Legend says this song required eight takes to master and involved a very emotional process. The track was recorded during a very public breakup between Nicks and guitarist Lindsay Buckingham.

Every James Bond film has a theme song, but Gold Finger is probably the most renowned. Shirley Bassey’s vocal power is unmatched and that brass section? Straight fire.

Last, but certainly not least, is Sting’s 1993 smash hit, “Fields of Gold.” Sting recorded the song for the movie Ten Summoner’s Tales. Surprisingly, upon its release, the track only reached number 23 on the US Billboard Hot 100 Chart.

What’s your favorite gold-themed song? If it’s not on this list, visit our Facebook page and let us know.