The myth of King Midas 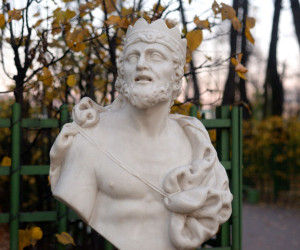 King Midas was the mythical monarch of Phrygia, an ancient country located in what’s now Western Turkey. According to Greek legend, King Midas was walking through his garden one day when he encountered a faun by the name of Silenus. Although typically known for their high energy levels and jovial spirits, this particular faun was hungover after a night of partying. In an effort to cheer the faun up, King Midas offered Silenus food and water, and in return for his kindness, Silenus offered to grant King Midas one wish.

Renowned for his wealth, King Midas wanted to get richer. So, he asked the faun to grant him the power to turn anything he touched into solid gold. Midas soon realized this blessing was more of a curse than a gift when:

Eventually, King Midas became disgusted at the site of gold and begged Dionysis, the God of Wine to reverse the gift. Dionysus told King Midas to wash in the water of the river Pactolus. Only then, would he be free of the “Midas touch.” Historians say this myth helped account for the discovery of gold in the river bed of the Pactolus. It’s interesting to think gold has played such an important role in human culture for centuries.

Here at Hawaii Gold Buyers Exchange, we regularly buy back gold, jewelry, and other valuables. If you’re interested in seeing what your things are worth, stop in and see us!